This is one of other pages showing story board art in comic themes.  I can draw comics or storyboards in colored pencil, pastel, chalk,  pencil, ink, charcoal or mixed media including digital.  I can also paint in watercolor or acrylic or tempura or other paint medium. These storyboards on this page are a mix of medias. I have been influenced by comic artists that I grew up reading their works. (Cited below). I also draw realistic storyboards, art, illustration and other media as well.

Comic Books can be considered the first type of Storyboard on record as they are a story with characters, environments, themes and everything else.

Stylized Comic style storyboard artwork. Pen & India ink. Dipped ink was often used by many comic book artists in the 1980’s and 1990’s including to earlier times. Dipped ink has it’s place but I prefer pens, however dipping pens have some advantages. With modern technology, many comic artists still draw in ink or pencil then color with traditional media or digital means. 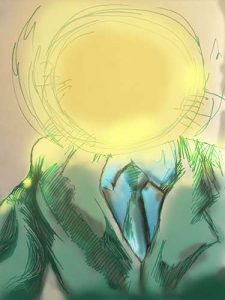 Comic books can be deemed the original storyboard as they show action or other events in a frame to frame or shot to shot or scene to scene type depiction. Some of my favorite comic artists & fantasy artists who influenced me include Frank Miller, Frank Frazetta, Bernie Wrightson, Bill Sienkiewicz, Jon Muth, Dave Cline among some others.

As many movies have been based off of comic books, graphics novels and have become a tool to to the screen. Hiring a skilled comic artist or storyboard artist to take your thoughts and written ideas and draw them or create other art is highly satisfying to see your or someone else’s take on your ideas. 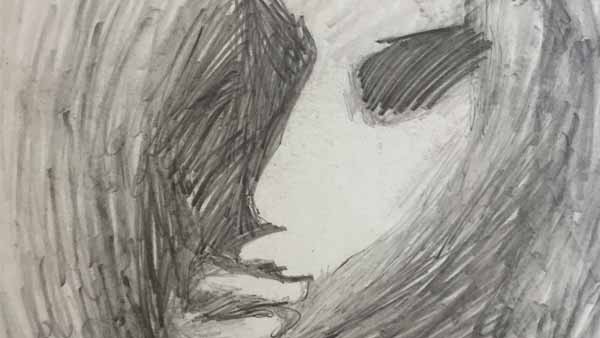 I can be hired as a comic book artist, artist, storyboard artist, concept artist, cinematographer, photographer and video, film or TV production professional. My knowledge of production and techniques translate to start to finish production, including concept art, story boarding and scripting to the production phase. I can also draw comics or comic themed storyboards. I will not use or render any other artists work for profit, unless I have permission. References to my influences above including the the named comic artists are for education purposes.

Here’s is art from Fank Miller that I recreated from the series “Ronin.” 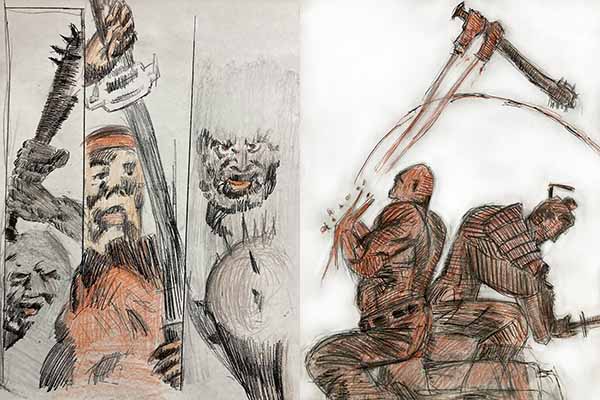 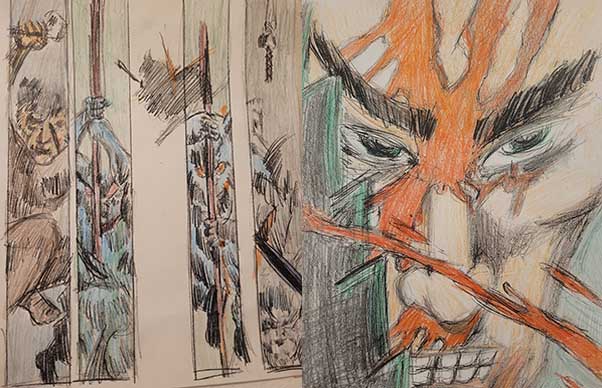 Here are reference links to some of my favorite artists, please note they open in new browser tabs so you can come back and re-visit this website. 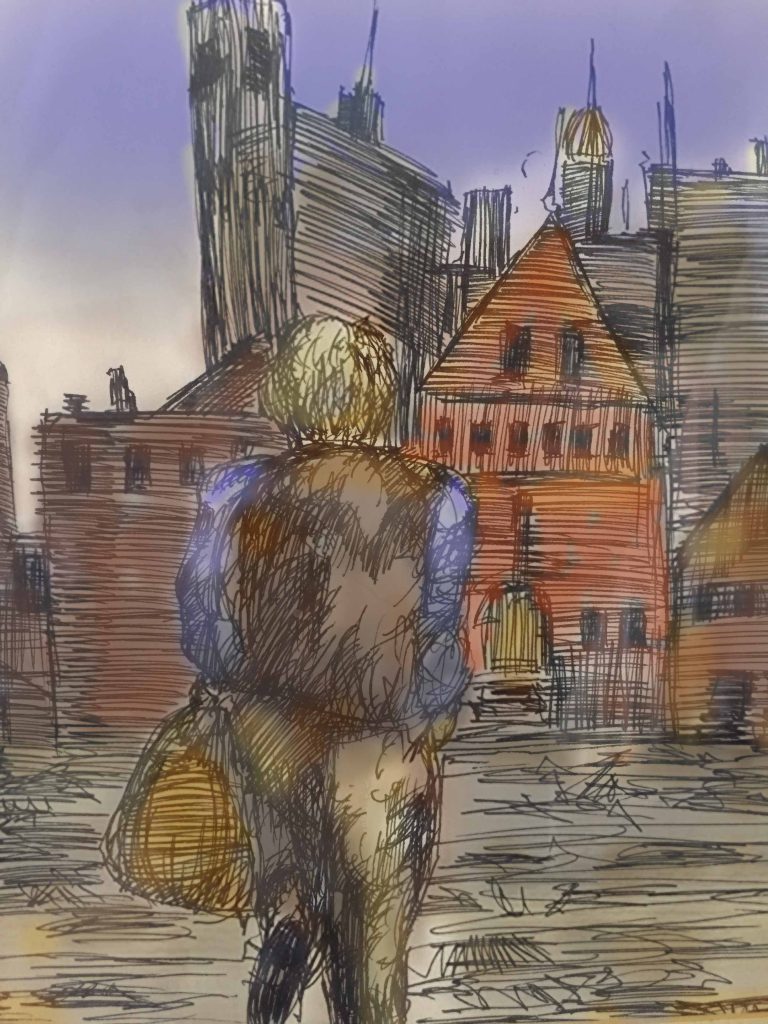 Jon Muth tribute artwork by Nick Teti, storyboard artist. Ink & digital. This series was done in paint by Jon Muth Kent Robert Williams and George Pratt. However, here’s my rendition. This frame is not for profit. Growing up I was influenced by many comic artists. Here’s a pen & ink, with digital color mix piece or art rendition of Moonshadow. 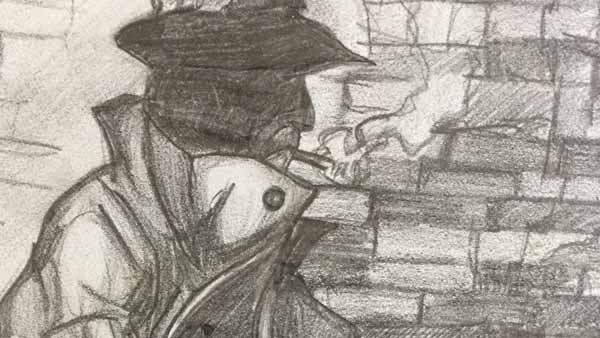