They are often directed by a director of photography, director or technical director. They run camera and often set up cameras into position among other utility work. Like running cables, setting up camera or lighting or grip equipment. They can have different roles based on the type of production. In sports or live events they often run cables, then set up cameras. During the event or broadcast, they operate the camera. Then strike (remove) the cameras, related equipment and cables.

Camera operators in film or feature film can be directed by the director of photography and or director. The tasks vary slightly in film production, as opposed to television production. Or for corporate or advertising purposes where a production company or agency is in charge. 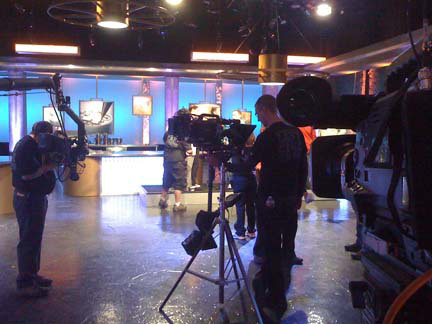 Assistant camera or AC can also double as a camera operator. They often are tasked with camera builds, positioning, lighting among other tasks on a small crew.

Other Camera Support and Crew Services

Mister Photon Media specializes on camera crew and crew members services through Colorado. So if you need more than a camera operator or assistant camera, call us. We also refer production professionals whom we have worked with for areas out of expertise. Need a makeup artist or some other niche that we can refer as well.

If you see the Email link, it opens a message in your email program

Go back up to the top of this page.