Mister Photon Media provides local Colorado area freelance professional statewide camera crew solutions including in Denver, Colorado Springs, Boulder, the metro areas, the Colorado Rocky Mountains & in all other areas of the state. Mister Photon specializes in camera crews, including HD video crews, 4K, television, ENG, corporate, or other specific type crew solutions for film, video or television productions. We also provide crew members as well to support other producers, shooters, networks, clients for any type of video, film or television productions anywhere in the state.  Aside from state-wide experience, Nick Teti, our founding director of photography has a larger production background, as well credits across the globe, as well gear to meet any clients production needs, having several peer awards for camera work. Our supporting personnel also have years of multi role professional experience ensuring client’s expectations are surpassed.

Skip forward with arrow or icon, or to re-watch videos, please refresh the page. You can also skip to our video by category page.
If  you click on the suggested videos ( a box appears when you pause or stop videos ) it will take you to Nick’s YouTube Channel. Please note, YouTube also adds others in at Nick’s YouTube channel (not this page but at YouTube.com). You can go to stay this page by clicking the “x” to remain at this website. Please watch these videos here and you will not be re-directed to other YouTube content. (Avoid clicking the “YouTube” at the bottom right of each video.

Mister Photon has the common camera formats from SD video, HD, 4K, 5K & 6K and by several makers like Sony, Canon, Panasonic, RED, Arri, Black Magic & GoPro along with experience spanning several others. We also have ample camera support gear in lighting, grip, tripods, monitors, lenses, jibs/cranes, sliders, dollies, rigs, stabilizers, drones, audio packages among other resources to enable great pictures at the par for broadcast, film or corporate video producers, as well, we have the creative masterminds with talent starting back to 1990 in production. This gear solutions includes:

Mister Photon Media provides camera crew services throughout the state, with additional production clients / credits including national & global, as well in other countries varied for video, film and broadcast television productions. We are close to the largest metro, as well as, popular production areas of Denver, Colorado Springs, Fort Collins, including the Rocky Mountain areas. Our crew / crew members to support you can be in many of these areas in minutes or less than an hour or a little more time. These areas include:

Our services extend to several varied businesses including networks, producers or crew or other organizations needing either the crew or crew members with gear or the program itself made.

If you can think of any type of corporate event or advertisement video, film production, or television production, our founder Nick Teti, and our camera crew have the experience. Nick’s experience and crew role member expertise is diverse as well, with years experience in several roles as a staff member in video production, as well television before expanding in film, as well as a freelancer. Mister Photon Media can supply a camera crew or crew members anywhere in Colorado. 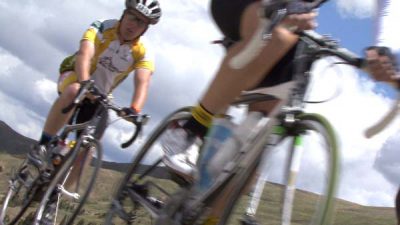 The Denver metro area is the highest population surrounded by these areas listed. Mister Photon Media is within less than an hour when you call of all these areas. (Outside website map links directly below)

South of the Denver area

Mister Photon has worked extensively throughout these Boulder & it’s surrounding area. These map links and the notations are in relation to the city of Boulder and Boulder county.

Aside from much of Colorado Mister Photon Media is well traveled, nationally,  including other countries for productions mainly in television, as well some film or non broadcast video productions.

Mister Photon has been through much of west Colorado. Grand Junction is the largest western Colorado area, followed by Vail, as far as the population sizes. There are numerous popular western Colorado and Rocky Mountain areas for production.

Do NOT follow this link or you will be banned from the site!